First of all, if you have a .csv file containing the results that you want to compare with your test and the result contains special national characters, then you need to encode the file in Unicode before saving the file. You change the encoding in Notepad for Windows as shown below. 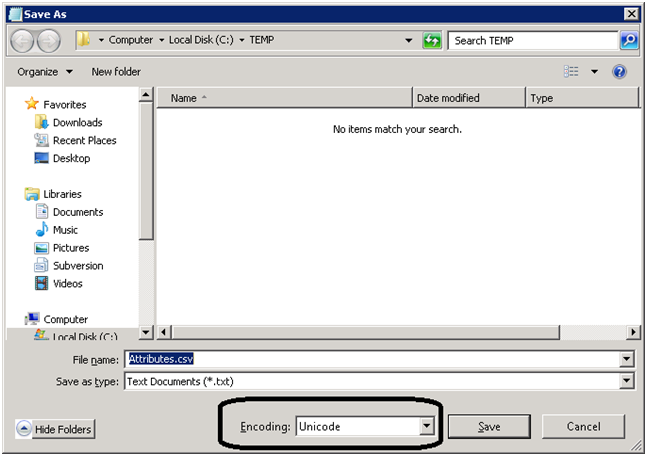 If your .mdx file with the test to perform contains national characters in Danish that could be the characters æ (ae), ø (oe) and å (aa). Then you have to translate them to these characters to make them work.

More characters can be found here.

An example of and MDX-query with national characters for in .mdx file for unittesting in NBI would look like the query below.