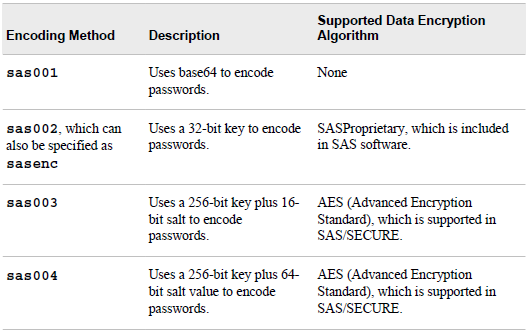 Be aware of this website (Thanks Dmitriy for the comment below). That shows how to decode all passwords encoded with the above methods in SAS. And this older website, not showing the exact method but outlining the concept of how to do it.
If the website is not available, I have saved the webpage as pdf.

The code below saves a file to drive containing a %let statement with the encoded password.